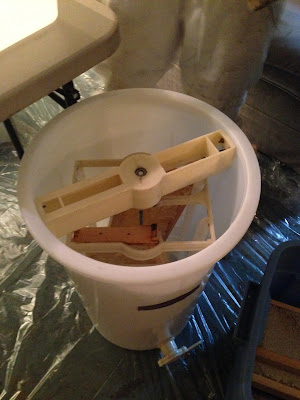 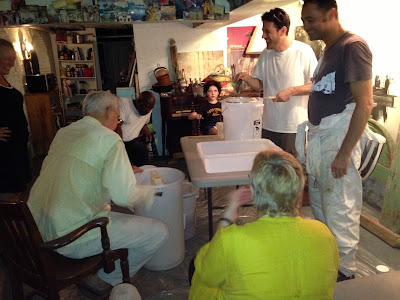 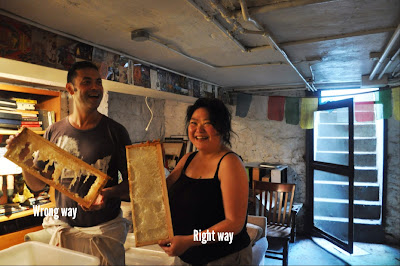 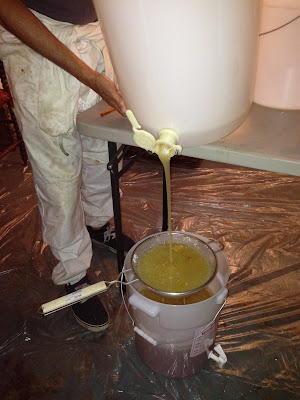 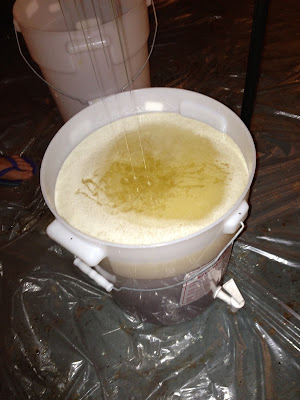 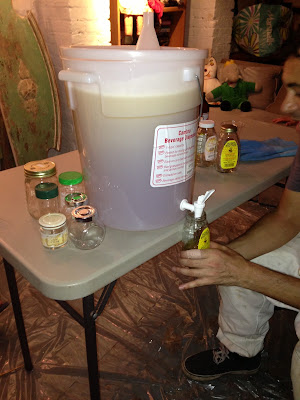 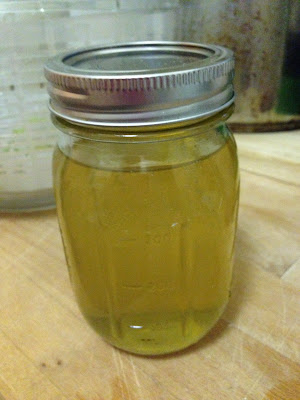 This honey tastes so amazing. Locally raised, raw, and an amazing floral undertone. It's by far the best honey I've ever had. Maybe largely due to the fact that I maintained these beehives. But the fact that I know that something this amazing can be created in such an urban environment is totally satisfying.
Posted by meemsnyc at 7:20 PM No comments:

This past Saturday I was up until 3am sanitizing a slew of jars. I can be such a procrastinator sometimes. Getting ready for the big event. 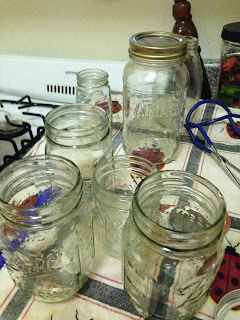 My bee host was hosting a barbeque to celebrate our very first honey harvest. I made a giant fruit salad to bring with me. Ahhhhh, fresh fruit. I love summer!! 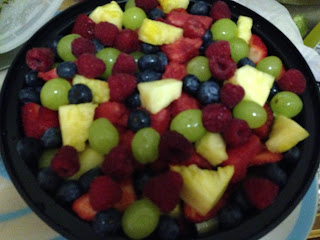 It was a blistering 95F out yesterday. Hot. Hot. Hot. I was completely dreading putting on my beekeeper's suit. It's really hot wearing that in full sun and heat. But we had a job to do. On hot days like this, the bees need to cool down. On one of our hives, there was full bearding, the bees do this to keep cool. Check out all the bees in front of the hive. 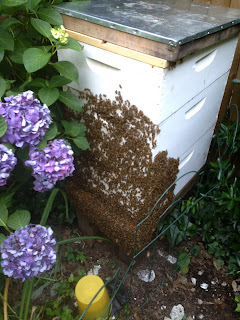 We pulled the lid and here it is. 10 Frames full of honey! Woot, woot! 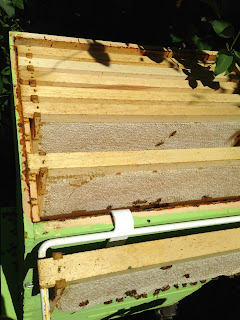 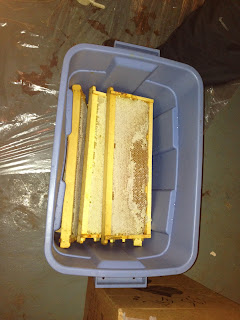 Once the frames are pulled, then we use a capping knife to scrape off the wax caps. This was so much fun, probably my favorite part of the extraction process. 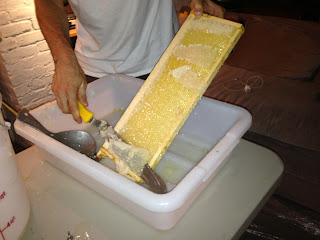 Look at all that dripping fresh honey. The smell is just intoxicating! When the honey comb is built past the wooden frame, it's easy to run the knife along the frame edge to remove the wax caps. 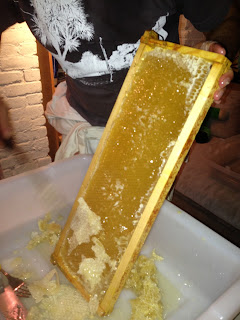 Sometimes the honey comb don't go past the frames so we use a fork to scrape off the wax comb. We don't like this method of wax removal as much because the honey was harder to extract. 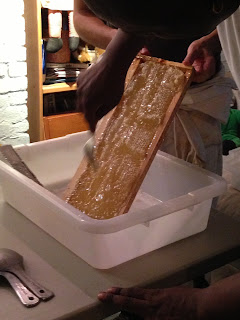 Here is video of the removal of the wax cappings.
Here's my beekeeping partner Paul and I removing wax off the frames. This is a face of a happy, happy Mimi. I'm literally grinning from ear to ear. Extremely giddy, maybe it was all the honey we sampled. A honey high perhaps? I'll take it. 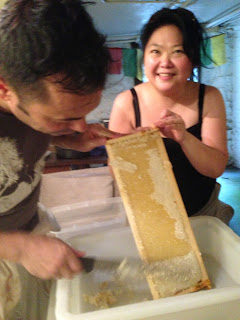 At our last hive inspection, we were in for a wonderful surprise! The honey bees have been very busy! They have been making lots and lots of honey! 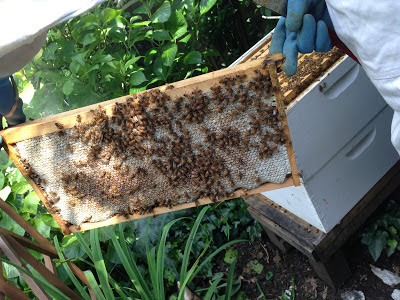 This whole frame is solid honey! Incredible!! This frame is from the deep boxes, and the top honey super box is just about full as well.  It is time. Time to harvest, this sweet goodness!

This is extremely exciting for us because after 1 1/2 years, this will be our first honey harvest ever! 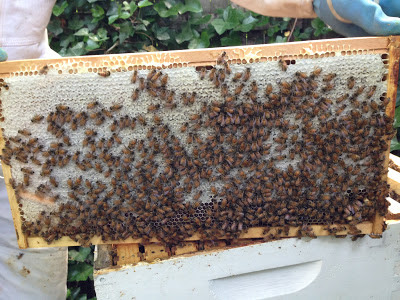 As I was about to leave to go home, I saw this little lady on my purse. I guess she wanted a free ride. I gently brushed her off.

This weekend, we are set to harvest. I can barely contain my giddiness! More pictures to come!
Posted by meemsnyc at 10:34 PM 4 comments: