When I see the announcement go past my news feed on Facebook that a new Food Swap event is occurring, I mark the ticket sale date on my calendar right away. Woohoo, it's exciting!! I soooo look forward to the BK Swapper food swap! Tickets are actually free to this event, however, getting tickets for the BK Swapper event is coveted by many, and from my experience, it's hard to get in. I usually get wait listed, and then when people drop out, I get into the event. This has happened to me the last two events I went to. 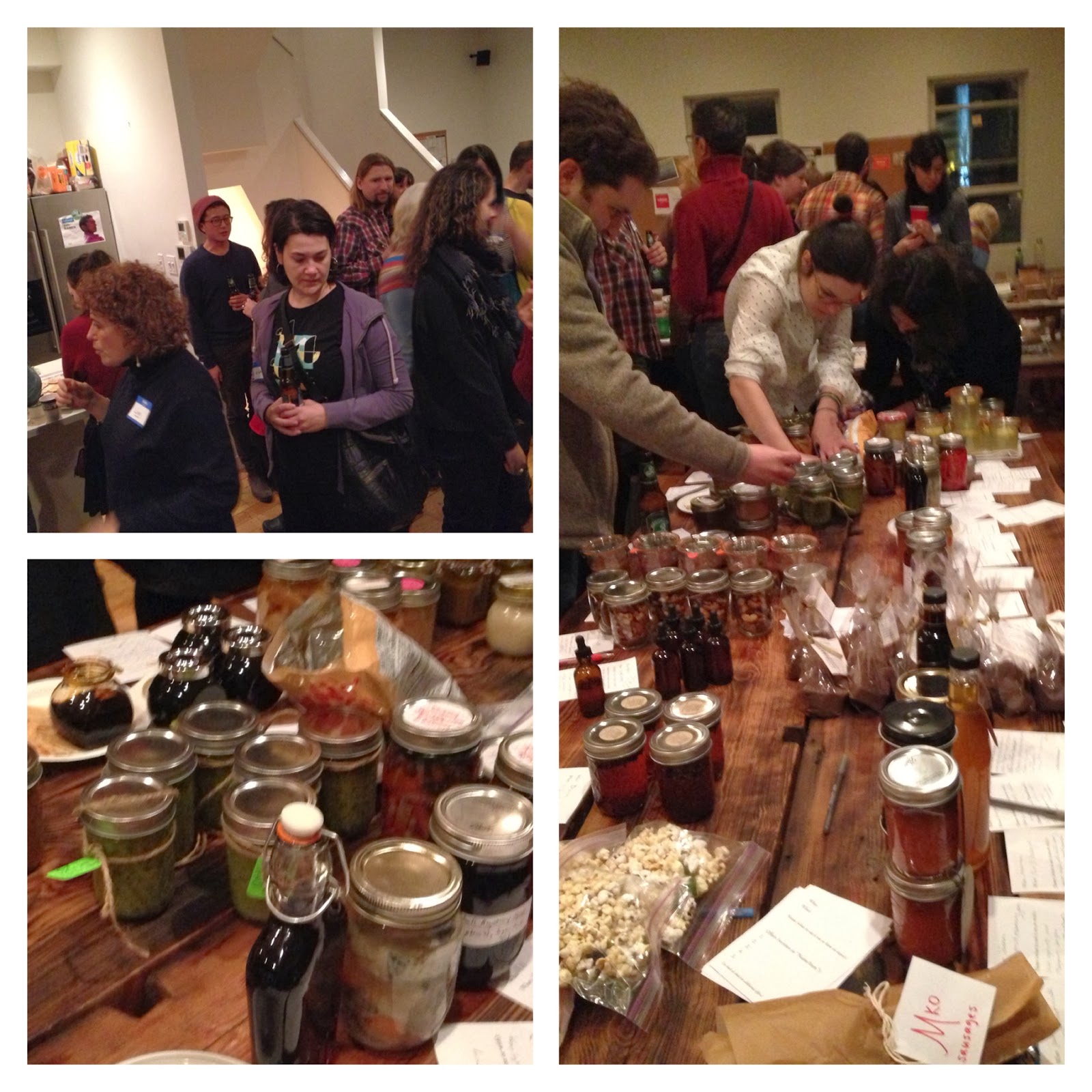 The BK Swapper event is well organized and is a lot of fun. Many people bring their A game. They make such incredible foods to swap with like minded folks. I spotted this really unique food item, "bacon infused vodka"! Wow, I wonder what that tastes like! 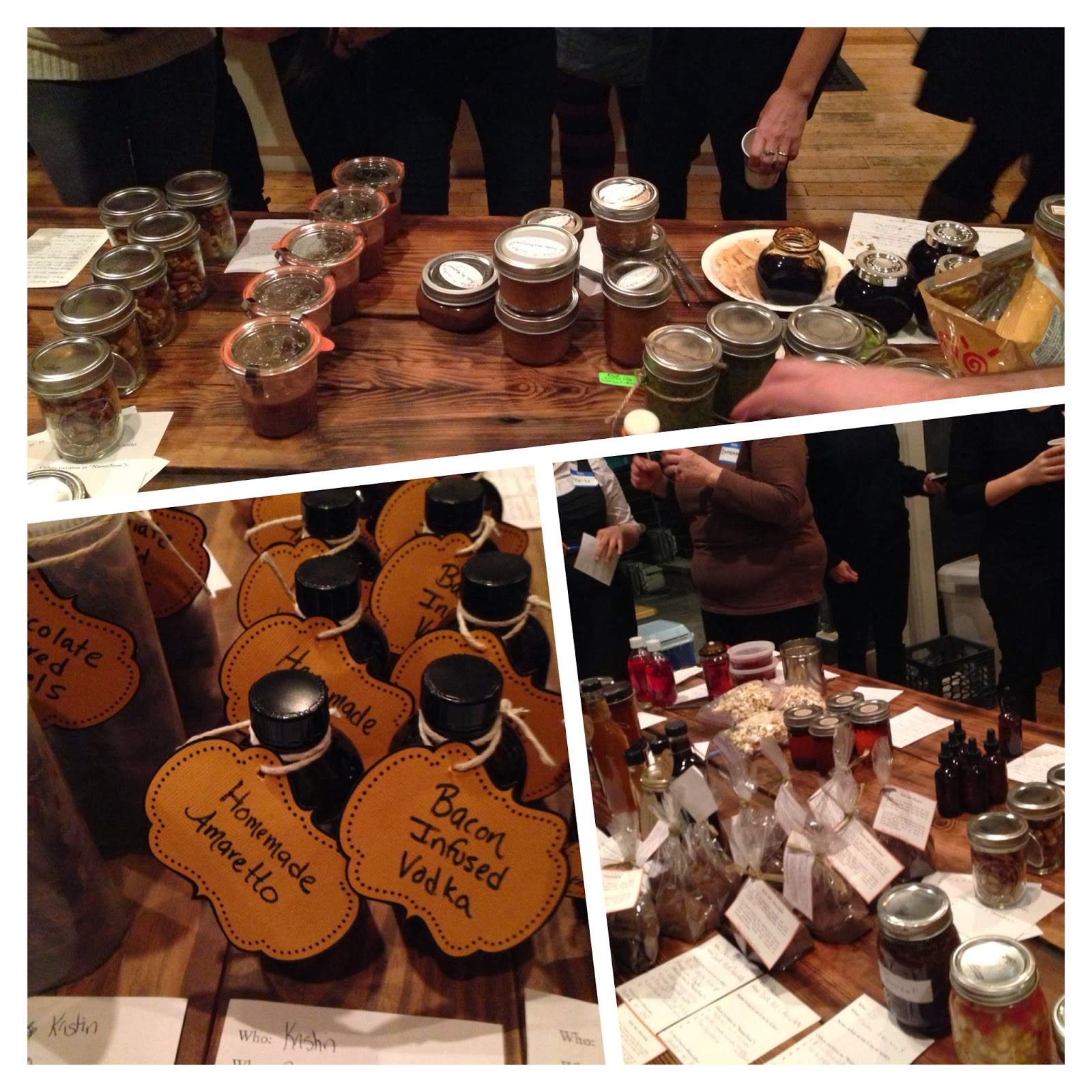 I brought with me 6 jars of my Angry Mimi's Hot Sauce. I have the recipe here.  I brought it to my last swap event as well, and it traded well, so I decided to bring it again. The actual "swap time" is a little frenetic. Even though we have slips of paper next to our swap items where people can write what they would like to swap with you, when we actually start swapping it's crazy! I always feel overwhelmed with the actual swapping process. But this time around, I looked at my swap paper carefully and was able to swap with everyone on it. Check out my cool haul!  Chocolate pecan bars, limoncello, chocolate sauce, lavender lemon soda, chai almond butter and butternut squash butter! What's so fun about these types of swaps is that ever time you come home with something completely different to try! I can't wait to taste all my goodies! Over 2 years ago, I wrote in excitement about this Kickstarter campaign that Back to the Roots had for their new Aquaponics product that they were developing. I can't even believe it's been over 2 years already, my does time fly! I've always wanted to try hydroponics, so this was going to be super fun for me. They started a kickstarter campaign to get enough funding to develop a fish tank that could grow plants on the lid. It's a symbiotic relationship where the plants consume the waste produced by the fish. The waste is really good "fertilizer" / nutrients for the plants. By doing so, the plants helps the fish thrive by "cleaning" the water when it takes up the ammonia and nitrogen from the fish waste. As a result of this relationship, there is never a need to change the water in the fish tank. Anyone who pledged over $50 in the Kickstarter campaign would get their very own tank. I waited a year, and in June of last year, I received this box in the mail! I think I literally squealed in excitement when I got it. It took me 6 months, but this past weekend I finally set up my Back to the Roots Aquafarm. I never got around to setting it up at home because I didn't have a good spot for it. (I live in a tiny NYC apartment) But then one day, we decided to get a fish at work. This is Simon. He is an awesome male Betta. Inside the Aquafarm kit was a coupon for a 99 cent Betta. What a deal! We followed the setup of the new Aquafarm exactly to the specifications on the instructions. We setup 3 grow containers containing wheat grass seeds, one with basil and one with lettuce. We did the setup on Thursday and then there was a weekend so when we got back on Monday, I screamed in excitement! Woooooo! Look what grew in 4 days! 4 days!!! I've grown wheat grass before so I know it grows pretty fast, but I was surprised to already see the lettuce and basil sprouting! AWESOME! 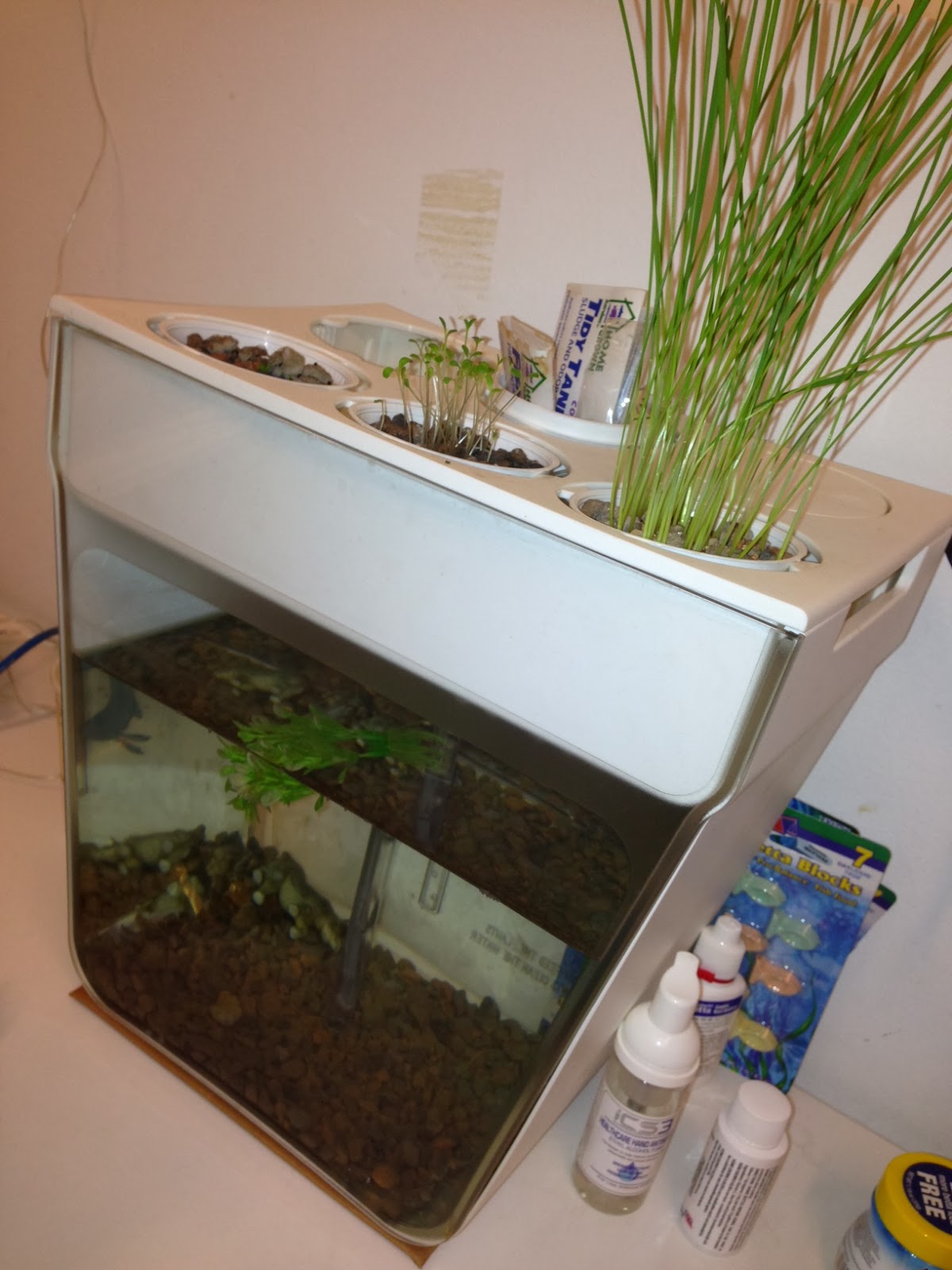 Here's another view from a different angle. Simon looks so happy in his new home! Pretty soon, we'll have to harvest some green treats! Woot! Woot! Many of my friends asked me where they can get their own Aquafarm. They are sold in many places including on the Back to the Roots website, at Whole Foods, at Petco, and I read an article that it was also sold at Neiman Marcus. Definitely get one! You'll love it!
Posted by meemsnyc at 11:23 AM 1 comment:

Passport Diaries: A Taste of Turkey

Last year, I took the most amazing vacation in Turkey. I am finally getting around to editing my video footage from this most incredible trip. I really enjoyed editing this footage because it reminded me of how much fun we had. I miss it so much, especially the food. This video shows a montage of everything we ate while we were there. The food was unlike anything I've ever tried before. It was so tasty and I loved all of it. This was a trip of a lifetime. I hope to go back one day.