I received an email from my beehost yesterday and it was extremely bad news. This past Sunday, it went up to 47F degrees. And some of the bees ventured out of one of our beehives. But unfortunately, they were unaware that it's actually winter and snow on the ground. 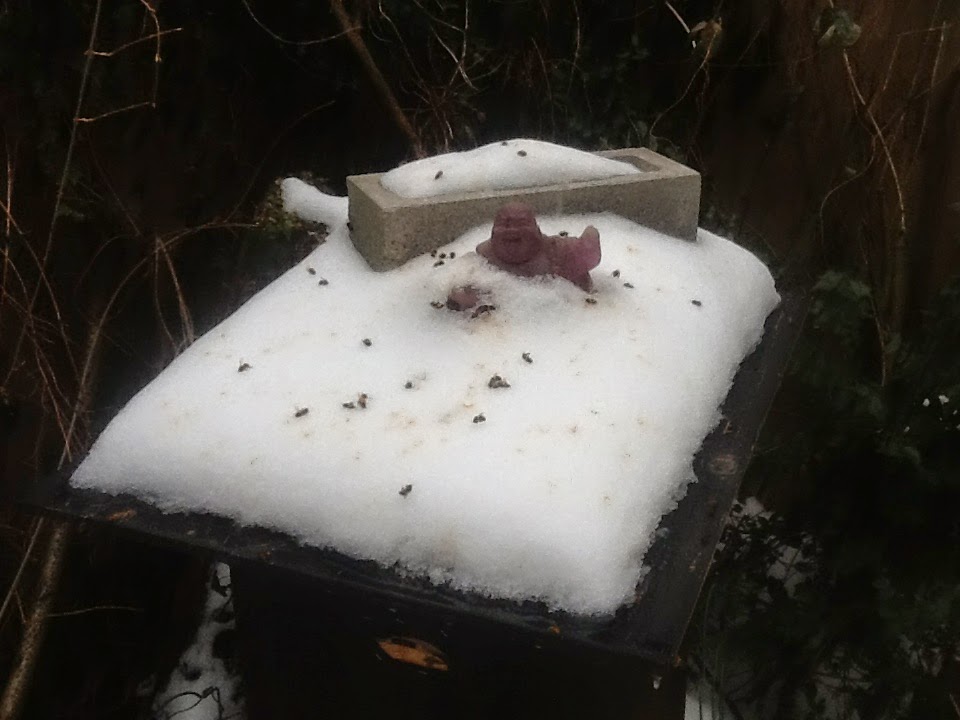 The bees became disoriented and could not find there way back to the beehive. These warm spells are the worst because they get tricked into thinking it's spring and so they will come out of the hive to forage and look for food. But with the snow all over the ground, they become confused. 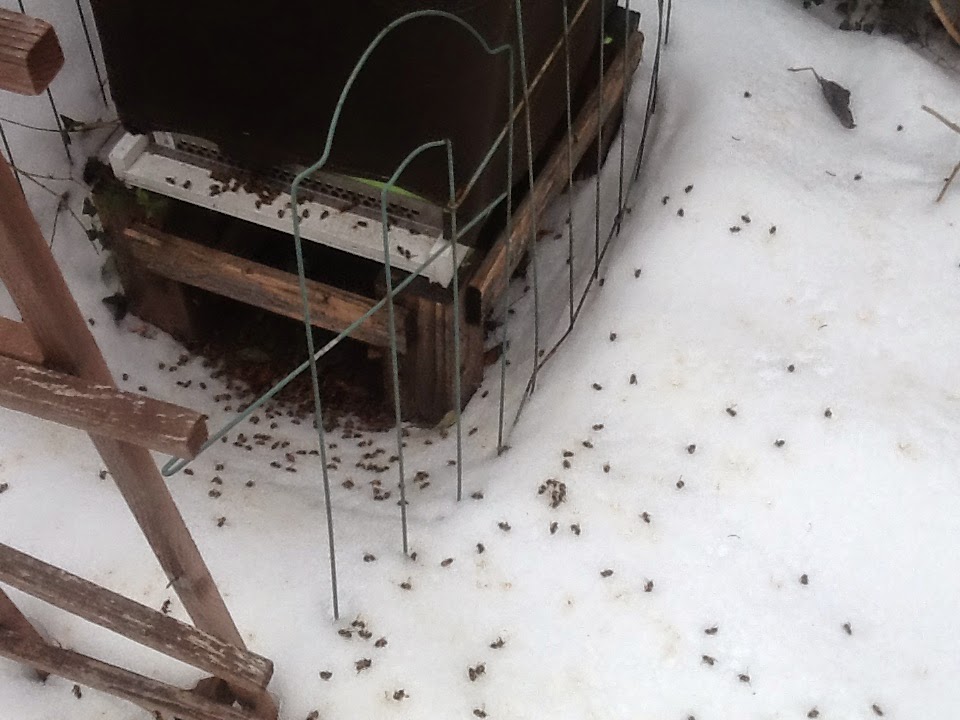 Seeing all these honeybees frozen, trying to get back to the hive makes me so sad and want to cry. I feel heartbroken. I really hope there are enough bees inside the hive to keep the Queen alive. I almost can't wait until the end of next month to open the hive and see what's going on inside. 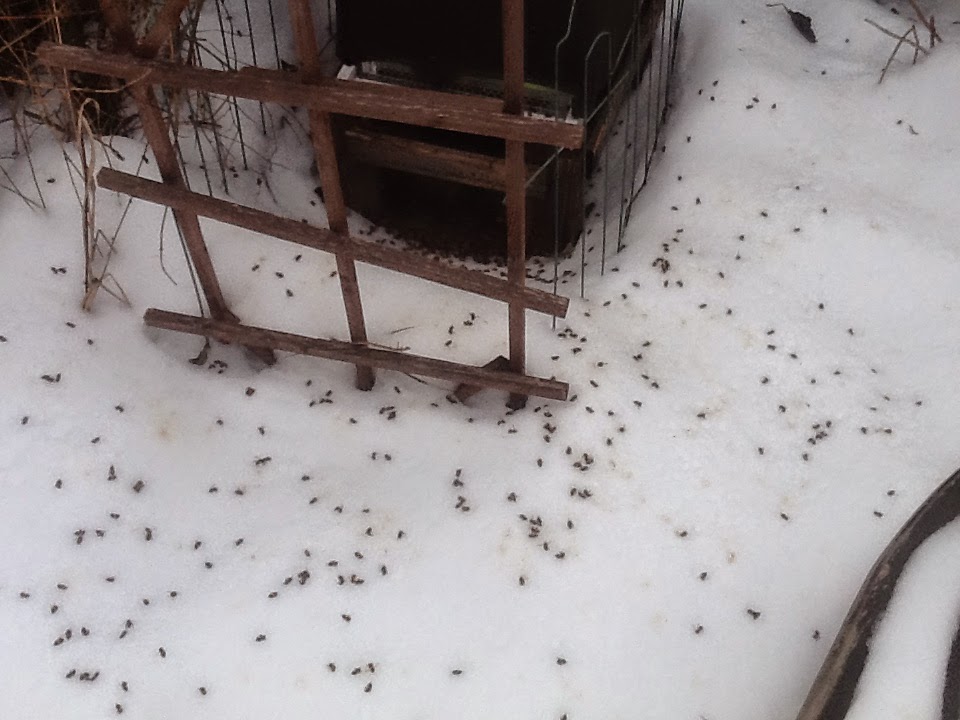 So the groundhog saw it's shadow and so we are to expect 6 more weeks of winter. The park down the block from us still has lots of snow from the last 2 snowstorms, so the thought of more snow is a little depressing. I long for sun and warmer days and spring flowers. Actually, I long for days of above 32F temperatures so some of this snow can melt. Hopefully soon. One can hope.

After the holidays, I always feel a little sad about all the discarded Christmas trees. I feel sad that this once thriving tree was cut down to be enjoyed inside for a few short weeks. I was in Carl Shurz park the other day and saw that they were recycling the old Christmas trees by turning them into mulch to be used within the parks grounds. Every year the city parks department organizes a Mulchfest where the Christmas trees are collected and chipped into mulch. It's great that the trees are reused in this way, giving them a second life. And it makes the park smell so amazing with pine everywhere!

Posted by meemsnyc at 1:01 PM No comments:

Today is February 2nd, and like every February 2nd, it's Ground Hog day. Did you know that last year, our Mayor de Blasio dropped the ground hog that lives at the Staten Island Zoo. It's not the actual ground hog  that they normally use, it was a "stand in" because the original Ground Hog Chuck bit the former Mayor Bloomberg, so they now use a stand in. Well, last year, they used Charlotte, which is Chuck's girlfriend, and she didn't bite anyone, but the Mayor dropped her and she died of internal injuries a few days later, and there was a big cover up about it.

I don't know why they do this to the poor Ground Hog. Why they need all this pomp and circumstance for a silly holiday? Leave the poor Ground Hogs alone! Poor Charlotte, may you rest in peace, and shame on you Mayor de Blasio. The next time you run for office, you officially lost my vote!! I hope you didn't drop this year's Ground Hog, which was their offspring. 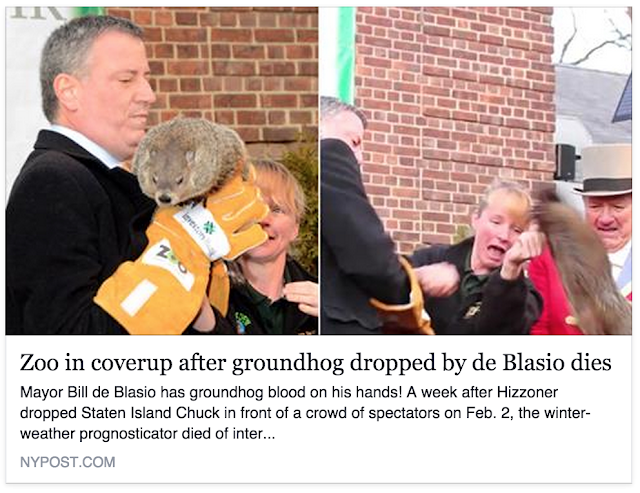 I must admit, I've been a total slacker on this blog. I know I have not written in awhile, but I'm still here. I've been busy lately because... I got a puppy! She has taken up most of my time. She is an Italian Greyhound named Valentina. You can follow my adventures with her on our Instagram! http://instagram.com/meemsnyc

This weekend, I had one of the most amazing meals. We took mom out for her birthday and we had quite the Chinese feast. Everything was so delicious! I grew up eating this, so this is my comfort food. I don't get to eat it as often as I like but we definitely try to on special occasions.

Posted by meemsnyc at 1:46 PM No comments: