Three weekends ago, we had a hive inspection. It was a perfect sunny clear day. A great day for an inspection. We pulled frame after frame of the top honey box and saw that they were FULL of honey. Usually, this is a happy sign for us, but we just harvested this box in July. So this was more of a warning sign for us since we knew that if the bees were this busy making honey, it's likely there was no Queen inside the hive. When the worker bees are busy making lots of honey, it's usually because they are not tending to any brood / baby bees. 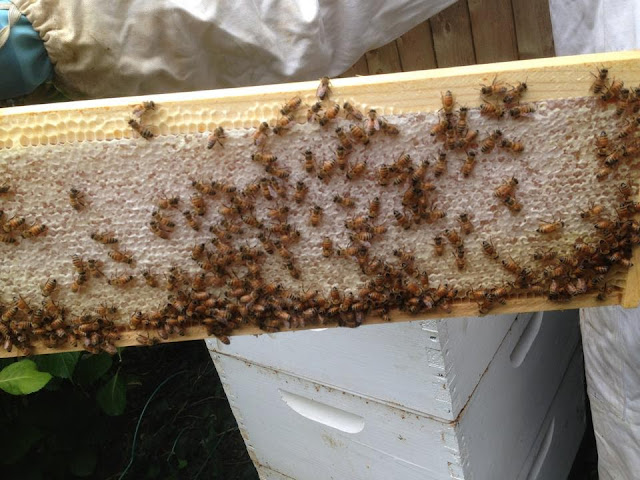 We looked for the Queen in the brood boxes and frame after frame was clear of brood. Not a good sign at all. The Queen was gone. 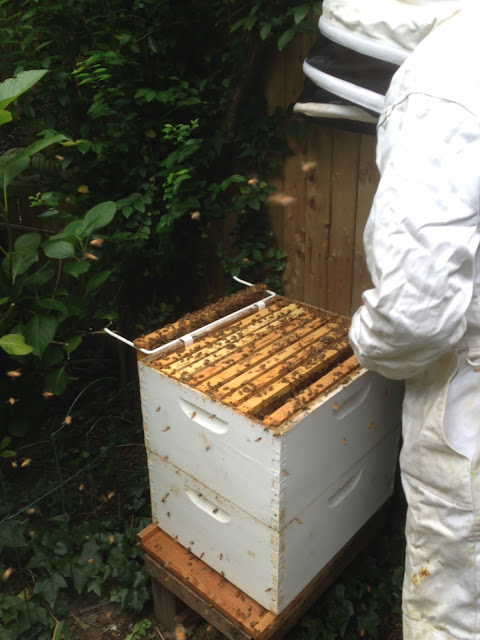 Our other hive had success with the worker bees rearing their own Queen, so we decided to give it a try. Worker bees know right away when a hive is Queenless and naturally, they will try to raise a new one. We pulled some frames full of brood from our other hive, making sure that some of the brood was uncapped. When a hive is Queenless, the worker bees will transform a uncapped brood into a Queen cup and start feeding it royal jelly to turn her into a Queen. We placed 2 frames of brood inside the brood box and waited a week for the bees to do their job. 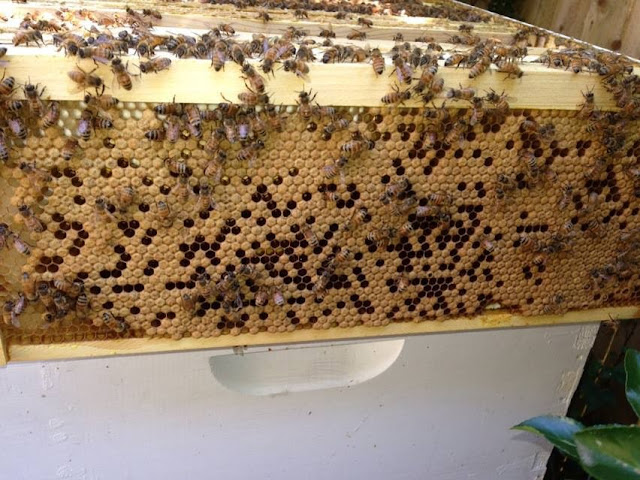 We came back one week later for another hive inspection and pulled the brood frames that we placed. We spotted it right away in the middle of the frame. A replacement Queen cup!  Woo hoo! It worked! We actually saw 2 Queen cups, usually a hive will produce more than one replacement Queen in case one of them doesn't hatch / survive. If both Queens hatch and survive, they will fight to the death until one survives. Only one Queen reigns a hive. We'll come back to the hive in 2 weeks to see if the new Queen has mated and started laying. Excited!! Nature rocks! 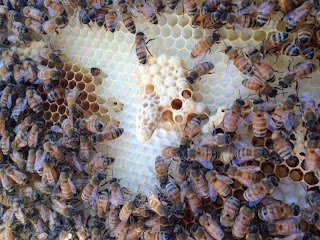