In my last post, I wrote about how I picked up 30,000 bees in Union Square Park, NYC.  After we picked up our bees, our bee teacher said he would show us a bee demo of how to get the bees into the hive.  Myself, and some fellow students walked 3 blocks West with our bee packages in tote to see the demo.  When we got to the apartment building, we had some trouble getting up the elevator, the thought of climbing 7 flights of stairs with 3 boxes of bees was not appealing at all. Finally, we were able to notify our teacher that a bunch of us were stuck in the lobby and so they sent us the elevator to come get us. However, by the time we got up to the terrace where the beehives were, we missed the first half of our teacher's demo.  We caught the part where he was discussing how to remove the Queen's box from the package and how to place the Queen's box into the hive. 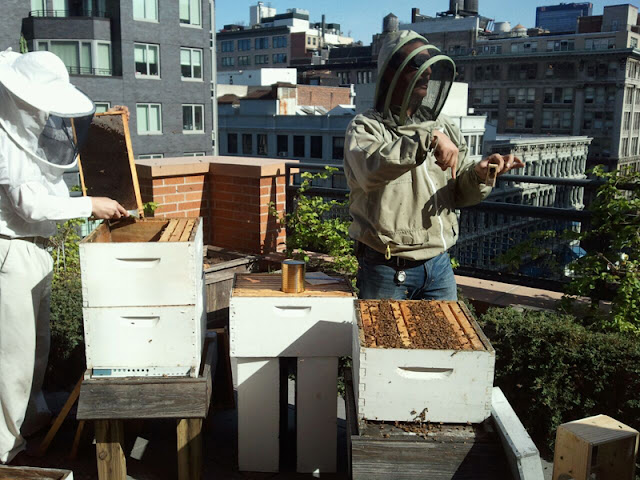 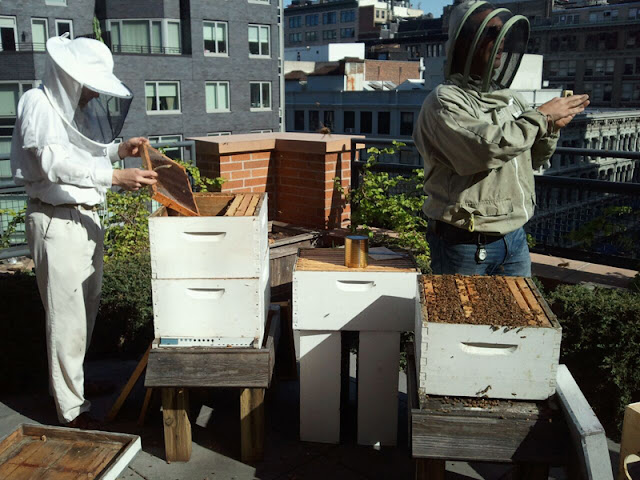 Even though most of us missed the first demo, our teacher Andrew said they were going to do a second one.  Phew, thank goodness, I was so relieved!  I really wanted to see how this was done.  Here again, showing us the Queen's box. The Queen's box is placed between two frames inside the beehive.  You need to remove the cork at the bottom of the box before placing it into the hive. 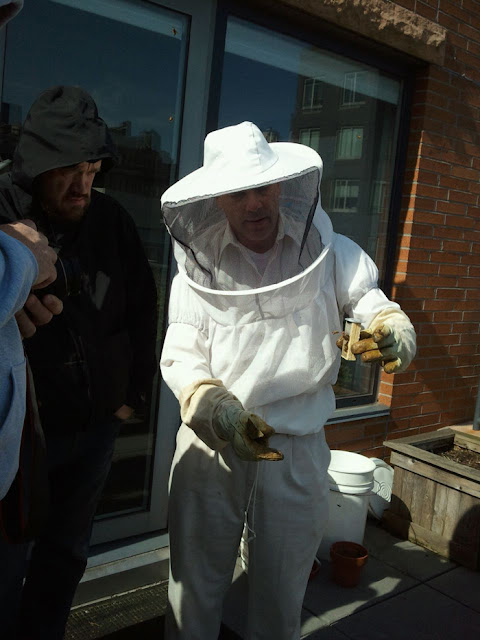 Before Robert poured the bees into the beehive, first he shook the box so that all the bees could fall to one side of the box. 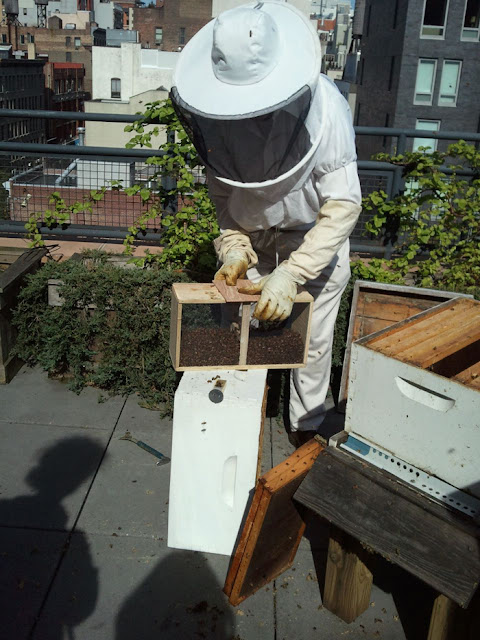 Then he took the box of bees and shook all the bees out of it, onto the beehive and over the Queen's box. Shake, shake, shake until most of the bees were out. If any remain, the box is left on the ground, and the bees find their way out by themselves. 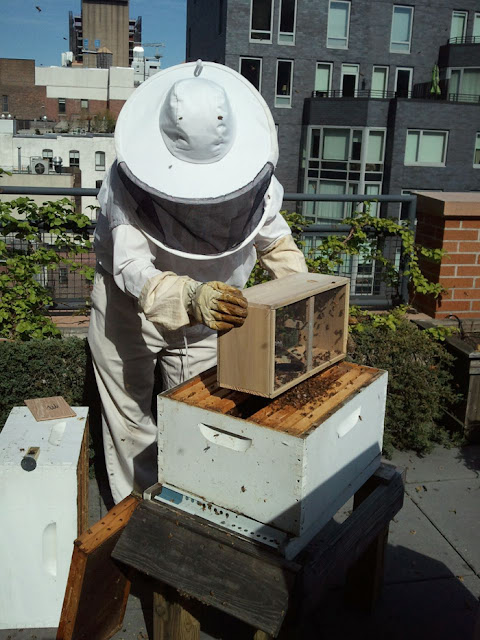 After we saw the demo, they showed us how to check the frames with honey. This entire frame is filled with honey ready to harvest. Oooh, ahhh, yummy! This is the good stuff! 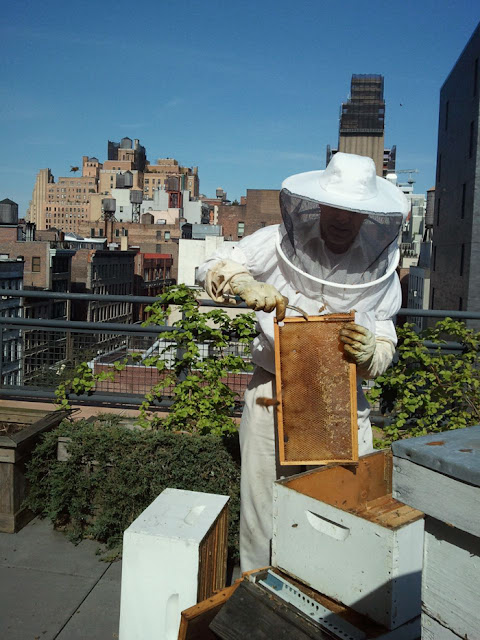 After this demo, it was our turn to release our bees.  How we did it will be in my next post!  Stay tuned!
Posted by meemsnyc at 11:10 PM