Two weeks ago, I had my last beekeeping class, and on the last day of class, our teacher told us about a woman in Fort Greene, Brooklyn that wanted to host a beehive on her rooftop of her house.  I didn't have a location yet for a beehive so I jumped at this opportunity.  After completing the beekeeping class, I was so inspired that I really wanted to have beehives this year, so this was a chance I couldn't pass up.   To have hives this season will be just awesome.  I found out that 3 of my fellow classmates were also interested in the same space, so instead of the four of us fighting for the same spot, we decided to partner up together to do a joint beekeeping adventure.  This was actually a perfect scenario for us because we could work together to create a successful hive!  Since this was my first time to ever have beehives, I didn't want to through the whole process by myself.  It is a lot of work and to be able to share in the start up costs and the bee maintenance will be amazing.  So it's great that I am partnering up with 3 other fellow enthusiastic students to go through this beekeeping learning process together.  We ARE so excited.  The following two weeks was a whirlwind of activity.  We had to order beehives, bees, beekeeping suits, equipment and oh yeah, meet our new host.  Every day for two weeks straight involved some type of beekeeping preparation.  A whole week went to building the beehives and installing them.  Paul, the only guy in our group, picked up the beehive kits that we ordered from our beekeeping teacher.  The hive kits we bought come unassembled so our job was to build them.  We learned how to build the hivekits in our last class. 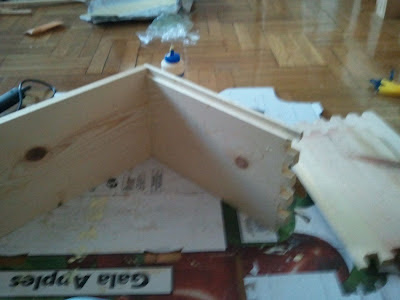 I have to say that putting the hives together for the first time took a lot longer than we had anticipated.  It looked so much easier in class.  Hahahaha. 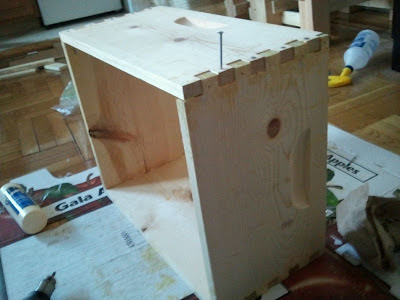 Paul was such a rockstar with building the hives.  He's been working on the boxes every day in his Astoria, Queens apartment before work for 5 days straight.  Poor guy.  I came to help him finish building out the boxes.  Together, we got all the deep and shallow boxes built! Aren't they so pretty?  They smell like fresh cut wood too! 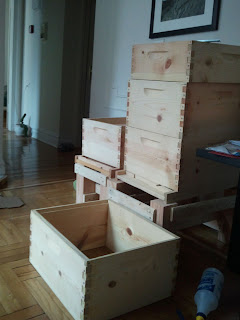 Paul also built all the frames.  There are 10 frames per box in this kit, so there are 60 frames to build in total.  That's a whole lotta frames! 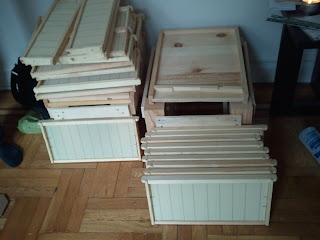 We decided to paint the beehives white, a very traditional beehive color. Painting the hives helps protect the pine wood from the weather. 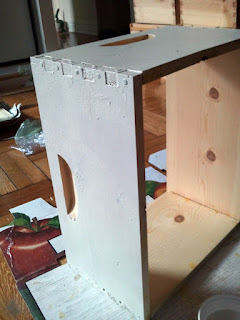 Here are all the hive boxes painted white.  Unfortunately, this is a badly lit photo. 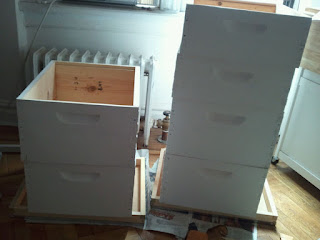 When I left Paul's apartment, I noticed that there was a giant billboard with a bee on it at the subway station.  It was like a sign from the gods that we were doing the right thing! 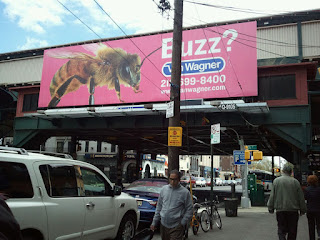 The day after we finished building the hives, we installed them into their permanent locations in Fort Greene, Brooklyn.  One beehive went on a rooftop.  After we met our first bee host, she told us about a friend of hers that also wanted a beehive.  So the four of us decided to do two hives this year. 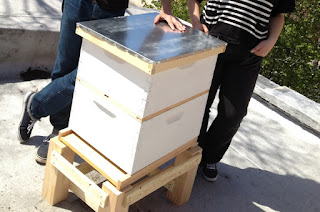 The other one went into this gorgeous backyard space.  The beehive will go into this spot.  The bees will love it since there are lots of blooms to forage for right in their own space! 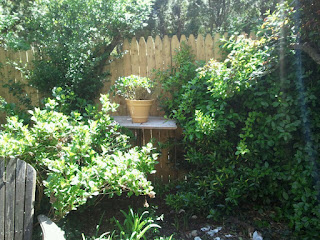 This bee host was concerned about her dog getting too close to the hive so we decided to put in some fencing and a trellis. 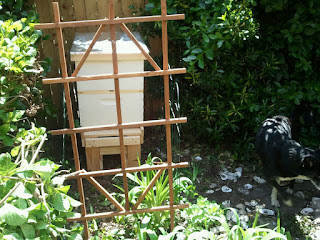 Doesn't the hive just look amazing?  I love the color too! 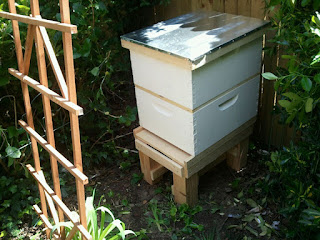 Here is Paul installing the fencing. 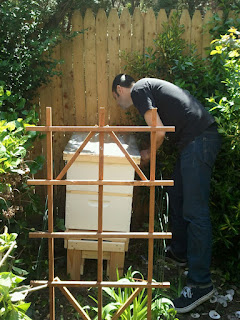 All set up and ready for bees! 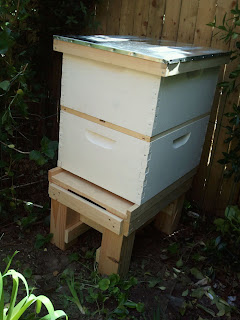