My New Way to Compost

When I lived in Staten Island, I had two outdoor compost bins and I loved it. I had this fancy one, and this DIY one that I made. However this year, I moved to Manhattan, and not only did I have to give up my amazing backyard and garden, I also had to give up my compost bins. I didn't however, give up on composting. I found out that on Saturdays at the farmer's market 2 blocks away, they collect compostable organic material. I go through a lot of fruit, veggies, coffee, and eggs, so I had to start putting the compost in the freezer since it was starting to attract fruit flies. 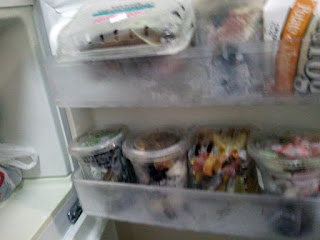 When I pulled out all the containers out of the freezer, I realized I collect a LOT of compost in one week's time! Man, I miss my composters. Maybe I should get a worm bin for my apartment. I'm a little nervous about fruit flies in the worm bin. Do you use an indoor worm bin? Does it attract fruit flies? 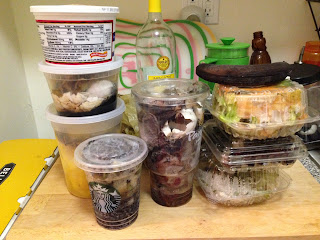 All the compost goes into the bag and off to the farmer's market! 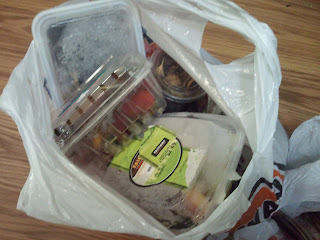 Here's a photo of the compost collection bin from this Fall.  I was so amazed by how many of my neighbors diligently bring their compost to the farmer's market for collection!! If only everyone in NYC did this, we would save so much government money on carting city garbage to New Jersey. New York City pays by the pound to cart away the garbage since we have already filled all the landfills in our area. The city spends millions to take away our garbage. If only all the residents of New York City were required to compost, we could save so much of the city's budget for sanitation. 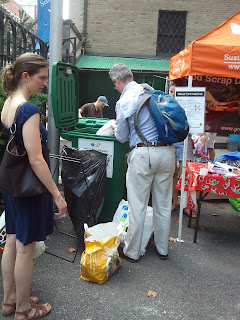 A view of the farmer's market and Grow NYC's booth. They oversee the markets and the compost collection, more about composting can be found on their website. 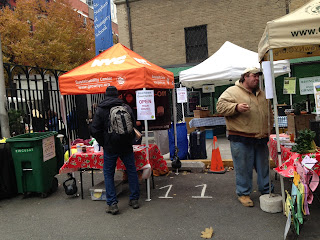 And residents of the neighborhood asking questions about compost collection. I love that there are concerned citizens out there that consider this an important endeavor. 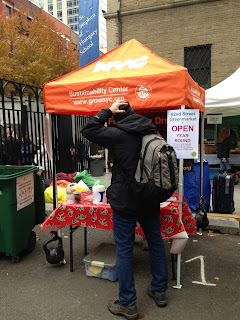 Nothing makes me happier than to see a whole bin of compost! They fill about 2 of these bins every Saturday! The compost is brought to the compost centers throughout the city and the finished compost is used throughout the 5 boroughs in local gardens and farming initiatives. 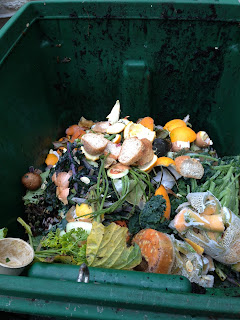 Vermicomposting can also be profitable. My friend Alex shared this story about the Charlotte Douglas International Airport who practices vermicomposting / worm composting.  "Charlotte Douglas International Airport has deployed an army of 1.9 million worms to eat through its organic waste. The airport has reduced the trash it sends to the landfill by 70 percent." They sort the airport's trash and separate the recyclables out of the garbage and all of the compostable organic material goes into a big tank with earthworms! The earthworms "eat half their body weight in organic material a day".  The worm poop gets used within the gardens around the airport or sold. If only New York City could adapt these worm composting methods! I bet we could save a lot of waste and make money in the process!
Posted by meemsnyc at 5:24 PM