Yesterday I went on such a fun foraging tour in Central Park with Wildman Steve Brill.  I've been wanting to learn about edibles ever since finding wild mushrooms growing all over my yard.  In my quest to learn about what edibles are safe to eat in my yard, awhile ago, Marie over at 66 Square Feet recommended Steve Brill's tours as an introduction to identifying wild edibles. 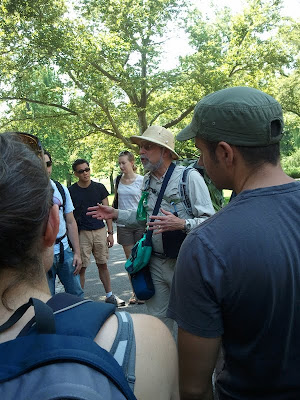 I loved how he was dressed, in a safari hat, a backpack, water bottle, a shovel around his belt and a whistle dangling from his neck.  He looked ready to enter into the wild, the wilds of Central park that is!  :) 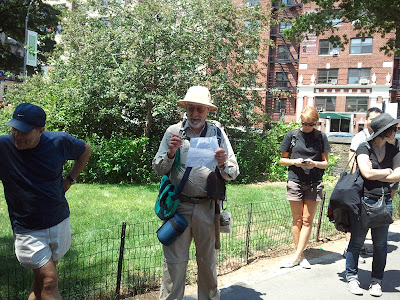 I had bought 2 discounted tickets of his tour from Daily Candy deals, and had an extra ticket, so I invited a fellow blogger, Aimee over at Red Garden Clogs, to go on the tour with me.  I was pretty amazed by the amount of people that showed up for the tour.  There were about 50 people!  How amazing is that? 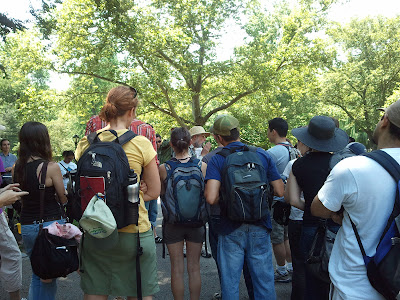 We went off trails, climbed over fences, we definitely got some curious looks from onlookers watching us pick things and eating them!  LOL. 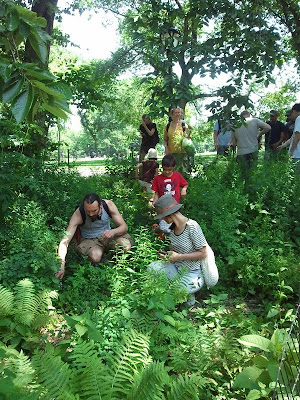 Every time Steve came across a plant that was edible, he would go over what it was used for, what are some best ways to eat it, and would encourage us to try it. 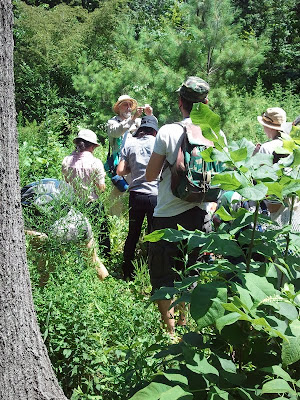 This is Poor Man's Pepper.  It has a very spicy flavor and does taste a lot like pepper.  I could totally see using this in a salad, or vinaigrette, or maybe even a pesto!  Steve instructed us to clip the plant's stems but to not pull the roots, so that it would grow back.  He wants us to be sustainable foragers, so that what we take grows back. 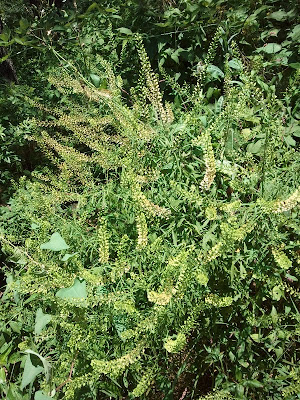 Check out Aimee's backpack.  I love how she was carrying the clump of the cuttings of Poor Man's Pepper. 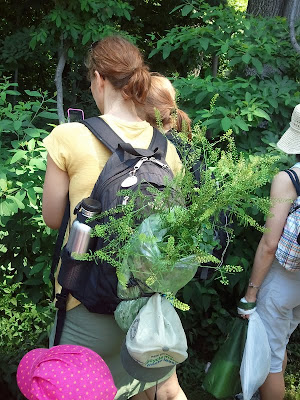 This was one of the coolest plants.  It's Sassafras.  Steve said that these plants need lots of sun to survive, and since these were growing in the shade, he said we could pull these because they won't survive.  The root is the edible part, it tastes very much like root beer.  You can boil the root in water and make a tea out of it.  Add some sparkling water and sugar and you'll have a drink similar to root beer.  Pretty awesome! 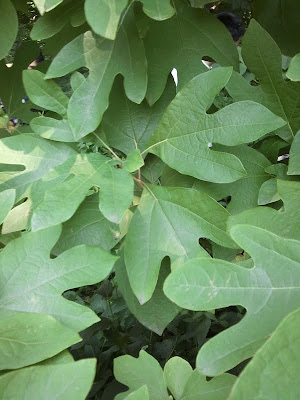 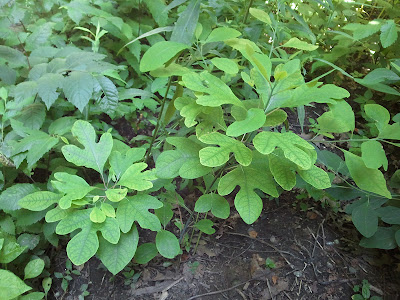 The Sassafras tree is easy to identify because it has 3 different kinds of leaves on the Sassafras tree.  Here is Steve pointing out the different leaves.  One of the leaves is oval, one looks like a mitten, and the other a mitten with 3 fingers. 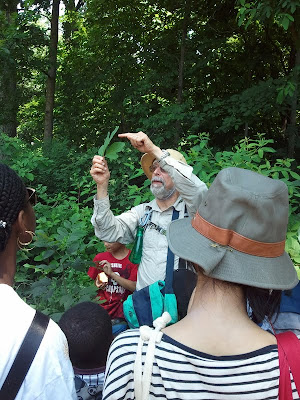 Another edible tree was the Black Birch Tree.  I thought this was going to taste like the Sassafras Tree, but it actually tasted like wintergreen / mint.  You can chew on the twigs like a natural chewing gum. 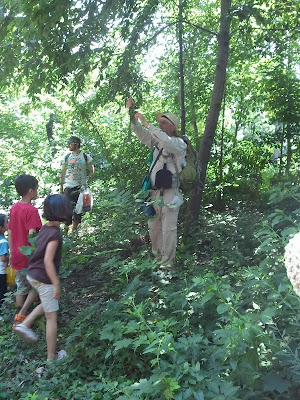 We were all pretty fascinated with all the different types of edibles growing in the park and Steve was such an awesome tour guide.  He was incredibly enthusiastic and knowledgeable.  He also told a lot of jokes and was very entertaining. 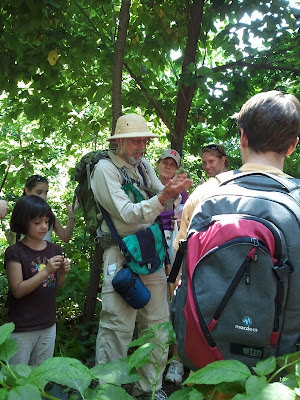 The kids were especially entertained!  I was so surprised with how many kids were on the tour.  And they were all as fascinated with Steve Brill as we were.  He really worked hard to make the tour fun and interesting for the kids, and surprisingly, all the kids were eager to taste the wild edibles!  Kids I know don't even like vegetables, so it was so cool to see them want to eat the wild green stuff. 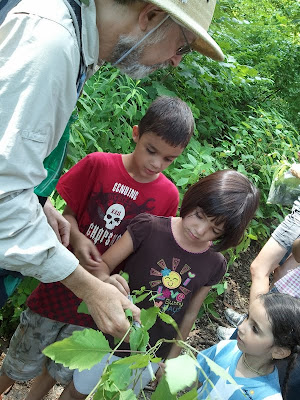 We saw a lot of wild berries on the walk, but unfortunately none were ripe yet.  These sure look great.  I definitely should go back to pick these in a few weeks!  They were growing everywhere! 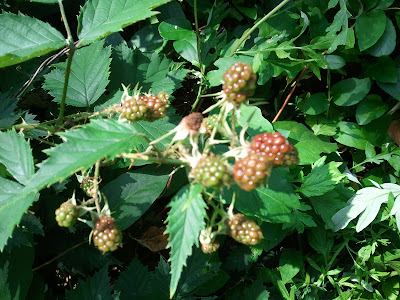 Overall, the foraging tour was pretty amazing.  Not only did I learn a lot about edibles growing all around us, we also walked to some cool spots that I never seen in Central Park before.  Like this beautiful waterfall.  I love tours like this to remind us of all the beauty that nature has to offer, even in the middle of New York City. 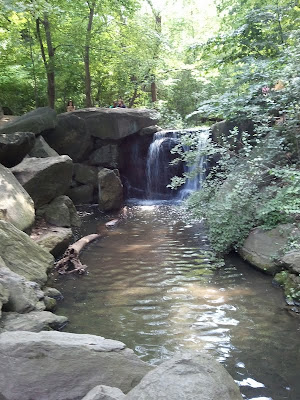