The hubs is growing hops this summer, something he's always wanted to do.  Years ago, I gave him a Mr. Beer brew kit as a Christmas present.  This kit is really geared towards the novice beer brewer, which was fine when he was learning the process.  But after a few rounds of brewing, he quickly got bored with it, because it didn't leave room for a lot of experimentation.  He wanted to step it up a notch, and to grow his own hops and mix in his own natural homegrown ingredients to make some interesting brews.

Next week is the hub's birthday so I decided to buy him a new brew kit to allow him to experiment with different home brew recipes, before he jumps into growing his own.  There is a local company called Brooklyn Brew Shop that sells brew kits as well as different beer mix ingredients.  I bought the kit that has the beer mix of Chocolate Maple Porter for his birthday.  Yum, doesn't that sound just ah-mazing?  Plus, I'm pretty excited that we can support a local business. 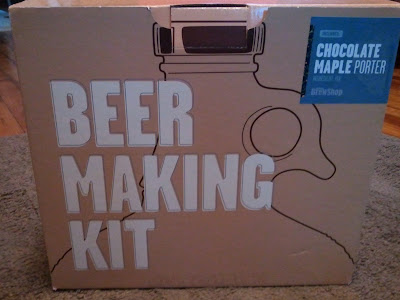 I also picked out another flavor, Honey Sage, their belgian ale.  I love honey flavors in a beer so this sounds just yummy. 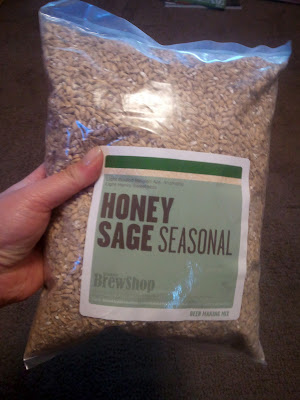 I didn't have any wrapping paper at home, but I have garden catalogs!  I took the staples out of the catalog and taped the sheets together.  I love recycling seed catalogs! 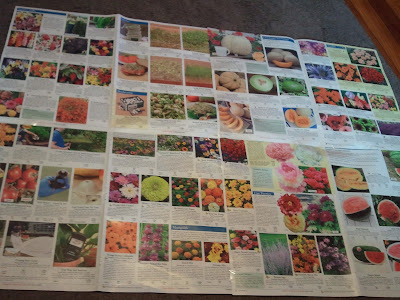 I wrapped the beer kit in my new "wrapping paper". 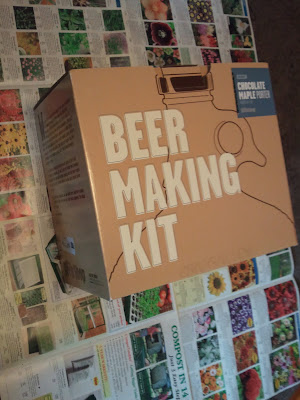 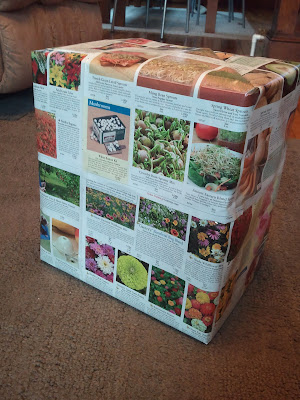