Yesterday after our sushi lunch, the hubs said, "hey, do you want to go to Barnes and Noble and check out some new books?"  My answer was a big, "hell yeah".  So on our way home we stopped by the B&N near our house.  When we walked in, I saw this big sign that made me chuckle.  Looks like tomorrow there will be a "writer" speaking. 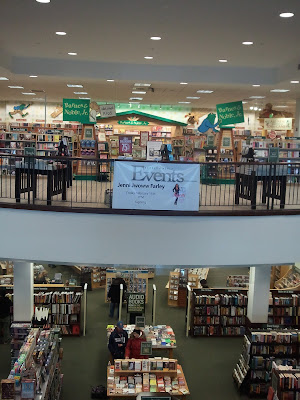 Can't see who the writer is in the above photo?  Here's a closeup.  If you don't know who "Jwoww" is, she is one of the cast members of the MTV show Jersey Shore.  Okay, I have a little confession... I'm a closeted reality show watcher.  LOL.  I don't tell people this normally, because I'm too embarrassed to let people know that I watch this nonsense.  Don't get me wrong, I love watching serious documentaries too, such as recently on my Netflix was Food Inc. and The Future of Food.  But every now and again, I like to watch silly shows because life shouldn't be all serious all the time. 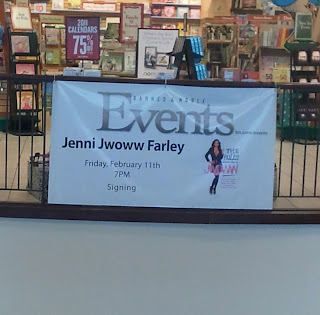 I had to wonder though was who would buy this book?  I mean, really, did we need a book written by someone who became "famous" for taking her clothes off on national tv, drinking too much, getting into brawls with other people and cheating on all her boyfriends?  I love how the book cover says, "shore-tested secrets on landing a mint guy." If you watch the show, you would know how ridiculous that is.  Or even if you didn't watch the show, you'd still know how ridiculous it is.  With that said, I bet this book is somehow on some kind of Best Seller list, which is so silly.  I just wish Barnes and Noble in Staten Island could get us some writers to speak that I would actually want to see.  Come on B&N, how about you get Rosalind Creasy, Mel Bartholomew, Gayla Trail to speak?  (sigh) 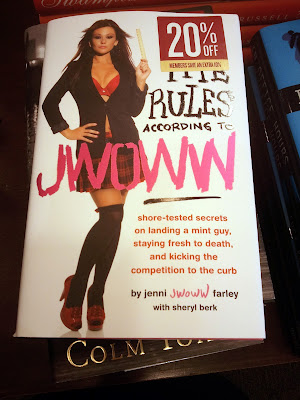