In his spare time, my husband has been diligently working up in the attic.  We are pulling out the old wooden floor baseboards, in order to put insulation between the attic floor and the ceiling of the 2nd floor.  This house is 110 years old and has really poor insulation, so we're trying to fix that to save on heating bills.   Some of the old wooden boards have been converted into this potting bench and this tool bench.  Even though some of the boards were over 100 years old, many of the boards were in good shape so we made them into furniture and raised beds in the garden. Nothing goes to waste around here!  The hubs have found some really interesting things that have fallen in between the floor boards.  For example, he found a letter dated from 1926.  He's also found some old beer cans, perhaps former residents were drinking while working on the attic.  :)  Recently, however, he's found some really interesting items underneath the floor.  A silver fork, and what looks like a political button. 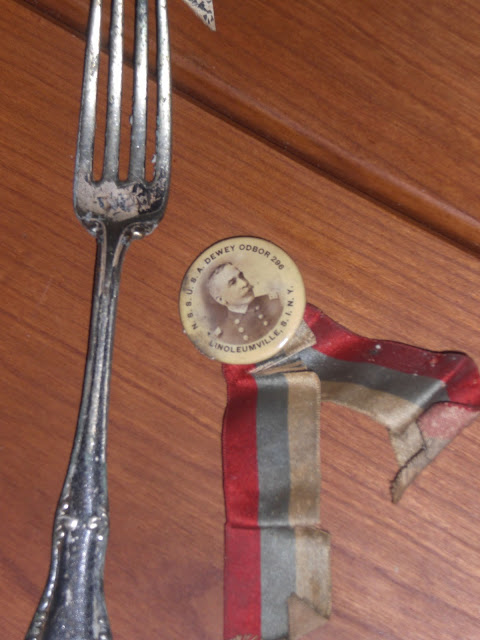 The button says Dewey Odbor, Linoleumville, S.I., NY.  Our area of Staten Island used to be called Linoleumville, because Linoleum was invented here.  (Maybe that's why there is so much ugly linoleum floors in our house)  I tried Googling "Dewey Odbor" but could not find any information.  I'll have to check the local library one day.  It'd be neat to find out more information about him.  It looks like from the photo that he is wearing a military uniform. 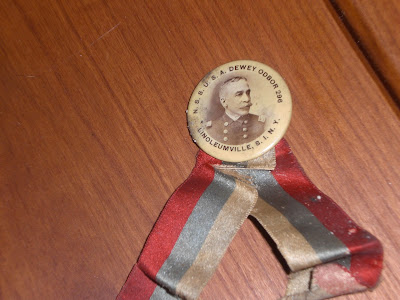 The other thing the hubs found was an old container of shoe polish.  I love the packaging design, this one was made in Buffalo, NY.  It's so neat!  I love that our house has so much hidden history! 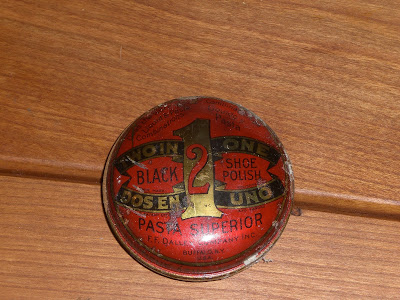