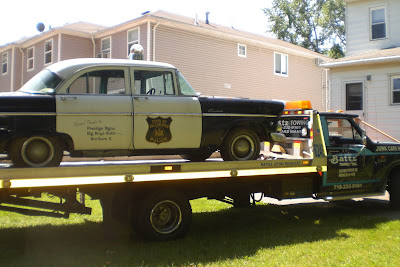 For father's day, I thought I post some photos of the hub's new "toy". He saw this car at a Brooklyn junk yard, and he called me one day to say he had to have it. At first, I was not thrilled about the idea, but the hubs does work very hard. We have so many projects around the house, what's one more? Besides, it is awfully cool!!
The car doesn't "run". The engine starts, but it barely moves. That's why they had to bring it to our house on a flat bed truck. At least it's a good looking car! 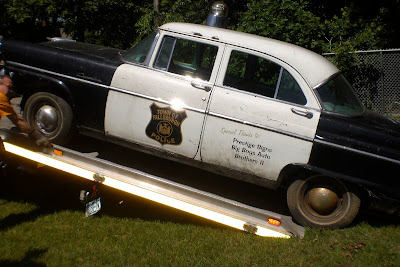