Cheesecake that is! My husband works in Brooklyn and the other night he came home carrying this box. I know this signature orange and white box from a mile a way.  As soon as I saw it, the first thing I asked him was, "okay, what did you do?". He said nothing, I just wanted to bring home a surprise! OMG -> he is the best husband EVER!  Just like the box says, Junior's does have the most fabulous cheesecake. 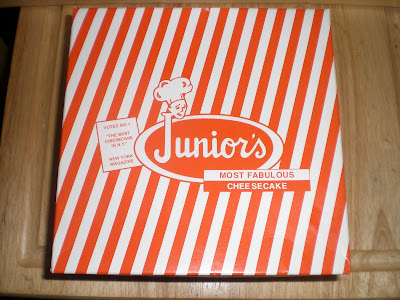 Some will argue that Junior's doesn't have the best cheesecake, since New York is known for their cheesecake.  Sure there is Eileen's too in Soho, which also has an amazing cheesecake, but for Brooklyn, it's Junior's.  My husband and I don't particularly like the food at Junior's.  We go only for the cheesecake.  It's dense, rich, not too sweet, and above all super creamy.  It's also pretty expensive for a cake, but it's worth every bite! 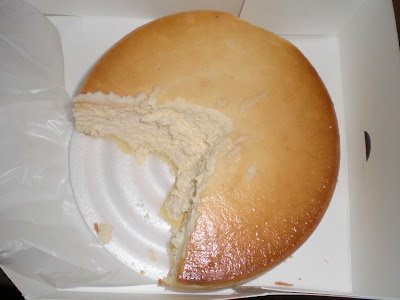