This past Sunday, I went to Chinatown to Grand Harmony restaurant for my Aunt's 90th birthday! She's actually my dad's cousin, but we call her "Gooma" which is Auntie in Cantonese because she's like a big sister to my dad. When my dad came to the United States in the late 60s, he was the only one is his immediate family to emigrate here. He is the youngest of 7 children and came to New York City when he was 19. Just a teenager! Since he came here by himself, he lived with my Gooma in Chinatown, NYC for a few months until he made enough money to rent his own apartment. Ever since then, they have been as close as brother and sister. In fact, it wasn't until I started college that my dad told us that she wasn't his "real" sister but his cousin. My whole childhood we called her Auntie so I always assumed she was his older sister. 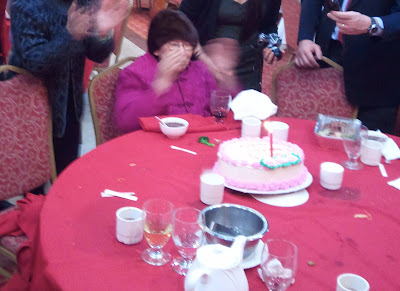 For those of you that watch "Top Chef", last week's episode was filmed at the Grand Harmony restaurant. It's a pretty well known establishment in Chinatown. My brother had his wedding there and so did my cousin.  They have changed management quite a few times so the food there isn't what it used to be, it used to be much better.  However, we've been going here for decades, so it's like a tradition for us to come here. 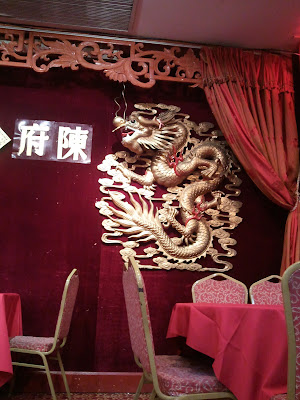 One of the dishes we ate is called Seafood Birdsnest.  Which is a stir fry of vegetables and a variety of seafood in a fried basket.  The edible basket is made of fried Taro.  It is delicious! 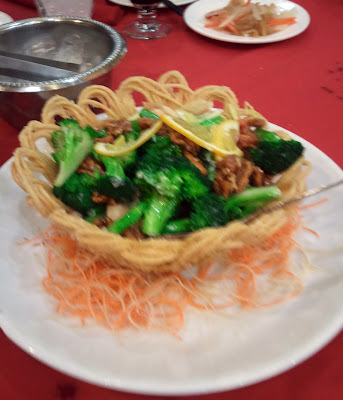 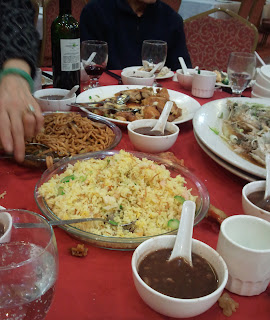 The birthday cake was heavenly!  My cousin ordered the cake from Chinatown Ice Cream Factory, this ice cream store is a Chinatown landmark!  We went here as kids, and they have the most exotic delicious flavors.  Gooma's cake had layers of mango, lychee, and strawberry ice cream.  Sooo good, and totally out of this world! If you are ever in the area, you must go here to try out some of their exotic flavors.  They have flavors like Avocado, Wasabi, Ginger, Taro, Black Sesame, and Red Bean. What's your favorite flavor? 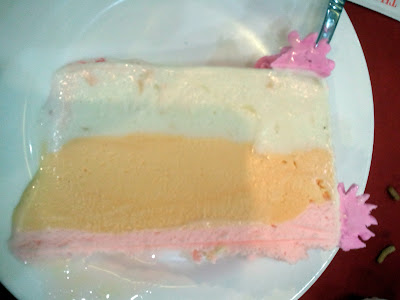