I am so amazed with how much work the Hubs and the Farmer got done in just 10 days!  They were totally exhausted at the end though.  During this building process, we thought about things we could do to extend the life of the garage, because this is not something we want to do again in the near future.  We decided to put in a French drain around the garage. A French drain is a trench that is filled with rocks and gravel that helps re-direct rainwater away from a structure and it's foundation. Since our old garage had so much termite damage, rot and water damage, the hub's dad, the Farmer, highly recommended we put one in. So the hubs and I dug a trench 1 foot deep and 6 inches wide all the way around the perimeter of the garage. No trench is needed in the front where the garage door is.   I love this photo of the Hubs, he is not amused that I'm taking photos rather than digging. LOL.  I quickly took this photo, then grabbed a shovel to help him dig.  Haha. He's such a good sport! 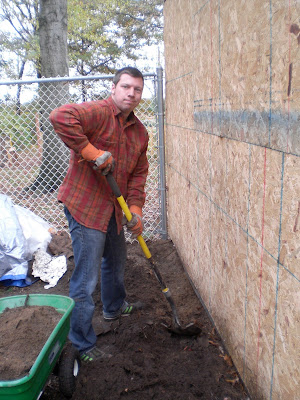 We went to a landscape retailer to buy a yard of blue stones for the trench. They had a lot of other prettier stones, like river rock, but we were trying to stay on budget so we opted for regular blue stone.  It only cost $32 for a whole yard of rocks.  We went and picked it up with the Farmer's truck. We decided to pick it up ourselves because that saves us the $50 delivery fee.  For a renovation project like this, every little bit of money saved helps!  The hardest part was unloading the truck, which was the Hubs and I and two shovels.  A yard of stone weighs about 1 ton.  Heavy!!  After we removed all the rocks out of the truck, I felt like I could use a spa day. 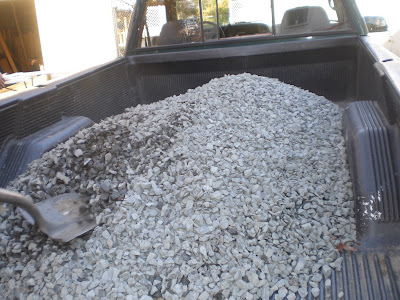 We haven't poured the rocks into the trench yet.  We had to get back to working on the garage.  Before we pour the rocks into the trench, the Farmer suggested we cover the trench with landscape fabric.  The landscape fabric will be a barrier to keep dirt out of the gravel. So we'll do that before the rocks go in.  Over the plywood walls, the men installed some insulation foam boards to help with the whipping wind.  Doesn't this look like a Lowe's ad??  Actually, during this project we received two Lowe's coupons in the mail, so we saved $35!  So I don't mind giving a shout out to Lowe's.  However... it is a drop in the bucket, because I lost count after already spending over $2,000 at Lowes.  But every little bit helps right?  I have to keep saying that like a mantra, haha.  We only put the foam boards on two sides of the garage, the sides most exposed to the direct wind and the elements. 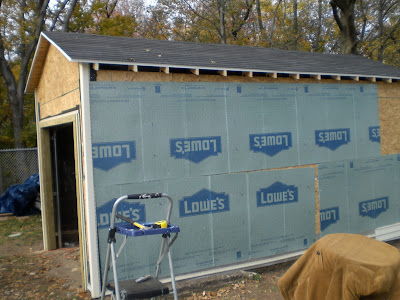 Then the siding went up.  We picked out an almond color vinyl siding.  We went with what they had in stock, which wasn't much of a choice.  White or almond.  We could have done a special order with other color options and styles, but it would have cost more money and honestly, we're on a budget, so I can live with the almond color. 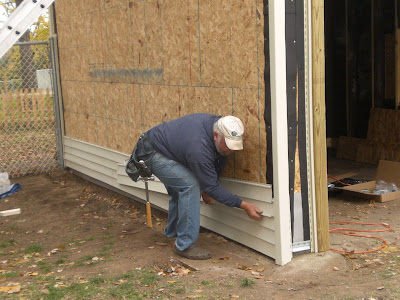 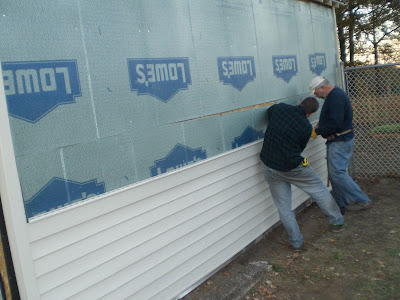 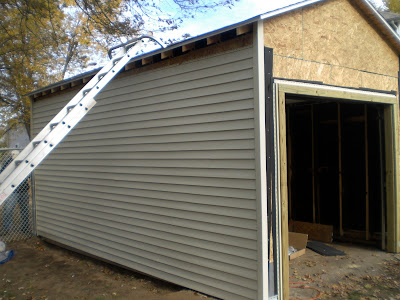 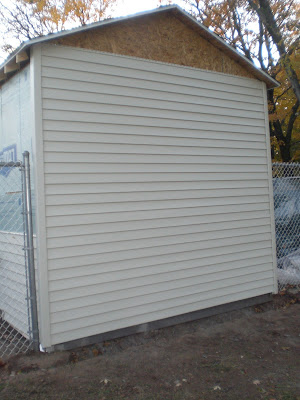 All walls done!!  It took 10 days and every waking hour of my husband's and his father's vacation to do this!  The guys worked so hard on this project!  We are ecstatic! 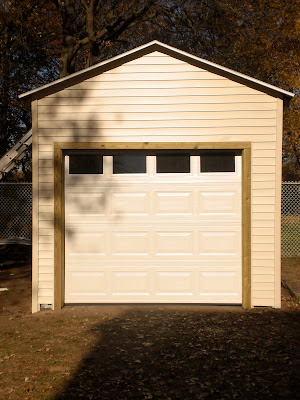 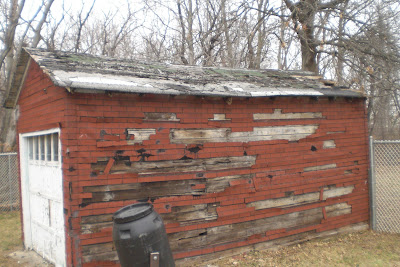 And after!  I am seriously smiling right now, not only because we have a "new" garage, but also because now that my husband has one building project under his belt, you know what's next?  (smile) Three words.  My garden shed!  (bigger smile) 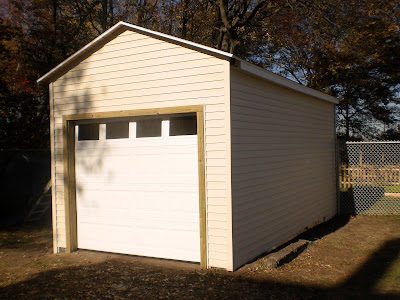