What to do with harvested green bell peppers?

I've mentioned a bunch of times on this blog that I hate, hate green bell peppers. I just don't like the taste. I grew orange and red bell peppers in the garden but they were so slow to turn color, and I had to harvest them green. So how do I prepare peppers if I don't like green ones? I harvested some nice green bells, so I decided to cut them up in itty bitty pieces and hide it in a pizza.  I love pizza, and I figured if I used enough tomato sauce and cheese, I would barely taste the peppers.  It worked! 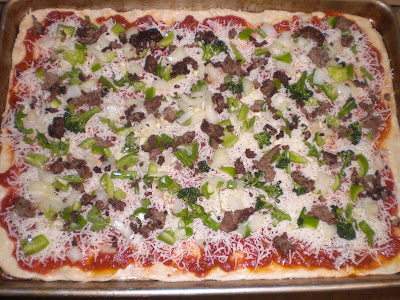 In this pizza I used homemade tomato sauce that I made from family farm tomatoes.  I'm still growing basil in the front porch, so I added some to the pizza.  I also added ground beef and onions.  I browned the ground beef before adding it. 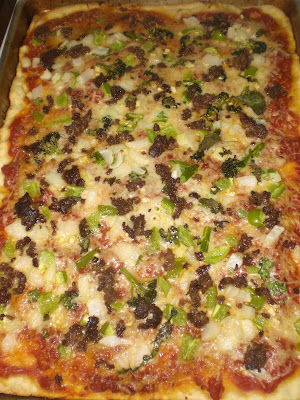 I also made another pizza that was pure glutton!  I didn't put any garden vegetables in this one.  This pizza is a white pizza, I used crumbled goat cheese, cooked bacon, caramelized onions, and mozzarella cheese.  Drizzle with seasoned olive oil before baking.  To season olive oil, add salt, pepper and italian seasonings. 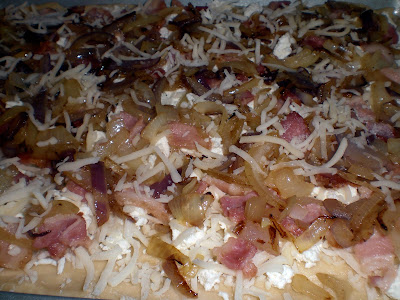 This pizza is divine!  It's so unhealthy because of the bacon, but hey, I had to eat green peppers.  I think that balances out.  wink ;) 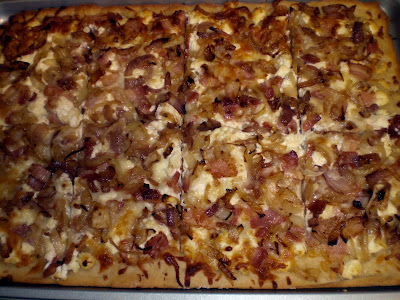